The Book of Judges

Samson is the final judge whose life is profiled in the Book of Judges. His miraculous birth is described in Judges 13. An angel of the Lord appears to Samson’s would-be parents (who were unable to bear children on their own) and announces that Samson’s mother would bear a son and that he would be a Nazirite from birth. A Nazirite was an Israelite under a special vow of consecration to the Lord. Samson’s amazed parents then offer a sacrifice to the Lord while the angel looks on. To their astonishment, the angel “went up in the flame of the altar!” Samson’s parents fall to the ground in fear, but Samson’s mother gains her courage and tells her husband that they have nothing to fear, because the angel has promised that they will be parents of a special child. Samson indeed would be special, but as the narrative unfolds in chapters 14-16, we discover that he was a deeply flawed person, just like the other judges. As mighty as Samson would prove to be, he ended up falling short of being the kind of deliverer that God would one day send when he sent his son, Jesus Christ, to redeem the world.

In this vision Daniel sees four monsters representing proud, “invincible” human empires, that are all crushed by God as easily as we would step on a bug. We often speak of the sovereign throne of God, calm and serene above all the chaos in our world. This chapter is an encouraging picture of that very thing. 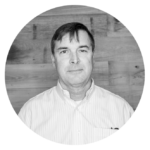 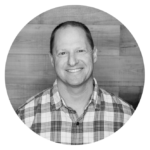 The story of Jephthah is one of the most tragic, gut-wrenching stories in the Bible. It’s the story of a man who was rejected by his family as a young man, but who later re-emerged as Israel’s deliverer. But along the way, Jephthah makes a terrible mistake. In his zeal for military victory, he vows to the Lord that he will offer as a sacrifice whatever (or whoever) is first to greet him out of his house when he returns from battle. Little did Jephthah know that the one who would greet him would be his only child, his beloved daughter. And so the story of Jephthah illustrates the tragic consequences of rash vows. But it also demonstrates that even even people of great faith sometimes make terrible blunders, and that despite our sins and failures, God still uses flawed, fallible people like us to advance the kingdom.

This is the most famous episode in Daniel’s long career. We should call it Daniel in the angel’s den. Threatened with a gruesome death, Daniel, now an old man near 90, defied the Persian king and kept on praying. What was he praying for? Why did he face Jerusalem when he prayed? How does this story point us to the Greater Daniel?

In chapter 4 we saw the mighty grace of God humble a proud king. But it doesn’t always go that way. What does it look like when God’s patience runs out for those who “knew better?” What lessons might this offer for ourselves, our church and our nation?

The story of Gideon’s defeat of the Midianite army in Judges 7 is one of the most absurd stories in the entire Bible. The narrator intends for the story to be absurd, to illustrate the fact that it was God, not Gideon, who was responsible for defeating the Midianites. Gideon has an absurdly small army which is absurdly ill-equipped. Even the means by which the battle is fought and the victory won are absurd. Left on their own, the paltry Israelite army would have had no chance against the Midianites. But with the Lord, all things are possible. No foe is too great, no obstacle is too large, for the Lord!

Knowing the Times We Currently Live In

We have always heard insanity described as doing the same thing over and over, expecting to get a different result. This great chapter gives a much better definition of insanity: thinking I am in control of my life. Or to use another word, pride. How did God cure the great Babylonian king of this? How is it related to grace and the gospel?